2 Comments July 31, 2015 Larry Peterson
IT MAKES SENSE TO ME
by Larry Peterson
“Silence in the face of evil is evil itself.”   Dietrich Bonhoeffer
Dietrich Bonhoeffer was a Lutheran theologian in Germany during the reign of Adolf Hitler.  His book, “The Cost of Discipleship”, has become a classic.  Focusing on the “Sermon on the Mount”, the book more or less spelled out what Bonhoeffer thought was the true way to follow Christ.  In addition to his theological writings and teaching, Dietrich Bonhoeffer was a staunch, anti Nazi dissident.  He spoke out vigorously against Hitler’s euthanasia and genocidal persecution of the Jews and, in so doing, became a hated enemy of the Third Reich. As such, he was arrested in April, 1943. Accused of the ambiguous crime of “plotting against the Nazis”, he was hanged on April 9, 1945. 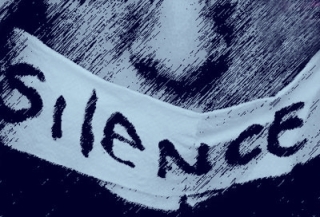 Moving ahead to the year 2014: The following is a statement from His Grace, Bishop Suriel of the Coptic Orthodox Church, Diocese of  Melbourne from one year ago:
“The world watches in silence as the last Christians are expelled from Mosul, Iraq, in one of the most merciless and barbaric acts of genocide we have seen in the 21st  Century.”
We are absolutely fascinating creatures, we humans are.  Many of our species can be so kind and compassionate, loving and gentle, sweet and understanding.  Many people will save a tiny bird with an injured wing or a cat stuck up in a tree. There is a world-wide outrage going on directed at a dentist who killed a lion. There are  so many people who  will feed the hungry, clothe the naked, visit the sick and give drink to the thirsty. One thing about the animal kingdom: the different species are predictable. One thing about we human beings: we are not.
You flip the coin and you have many of the very same species who are filled with a self-gratification which culminates in a hate and disdain for others of their own kind.  These include those who will torture and kill their fellow humans because they HATE their:  religion, skin color, birthplace,  political beliefs or whatever other self-serving, hate-filled reason a murderer may come up with.  Many kill and torture saying they were “only following orders” and had no choice. Others kill because of pride fueled by envy and greed.

Planned Parenthood, a non-profit, government funded organization, employs people who  perform over 320,000 abortions a year on babies of ALL sizes. They even sell their body parts for profit and say “it is LEGAL”. Barely a word is said by many folks who are part of the main stream media (print & broadcast). The leading Democratic candidate for President of the U.S. says that those reports are “disturbing”. Are you kidding me! Disturbing! How about heinous, hateful and/or murderous.  So I ask why? Why the “Shameful Silence” from so many?
Why are we, all of the same species, so different in our hearts?  How can some of us kill and others forgive them for doing so?   Why do some of us willingly and joyfully give of ourselves for people we may not even know?  Why do some of us  hate others they may not even know?  Why are there those who love their fellow human being unconditionally?  And why the “Shameful Silence” from so many? The answer has to be because of the very existence  of  “Good vs Evil” that is always trying to invade our very souls. Many people fight back and conquer the invader. Many others give in and welcome him and embrace his twisted deception.

What is “Good vs Evil”?  I can tell you what it is and I do not care if you disagree. It  is the war waged by Satan and those that follow him against the God of Love that created him and all of his followers.  If you take a breath and look at the world of today and then glance back at yesterday and the centuries before, what has changed in the hearts of man? Apparently, not very much. Love and Hatred have danced “toe to toe” since Cain slew his brother Abel.  Why did that happen? Pride and envy. What drives the evil of today? Pride and envy.

God is real and Satan is real. God is the Creator of the Universe and the Master of Goodness and Love.  His most beautiful creation, Satan (aka Lucifer) thought he was greater than God and turned against Him. He was cast from God’s presenc
e by those angels that stayed true to their Creator. Filled with an unimaginable hatred for all that is good, Satan and his minions prowl the earth fomenting lies and deception to all who will listen. He and his fallen angels have used their cunning to gain entrance into the hearts of those who, before all else, love themselves. These are the easy prey for the king of deceit. And, there is a gaggle of easy prey available, especially in today’s secularly charged world dominated by ‘meism’.
Mosul,  the very cradle of Christianity, can trace the followers of Jesus back to the first century.  As of today it seems that the entire Christian population of Mosul has been purged from this ancient and historic city.  Murder, including the beheadings of civilians and the wanton murder of women and children, has virtually eradicated the city’s Christians.  And what did we see and hear from the print and broadcast media a year ago?  We heard the sound of almost nothing. What do we hear today about the atrocities of killing pre-born babies and selling their body parts under the guise of “savings lives”?  We hear the sound of almost nothing. A “Shameful  Silence” from many seems to reverberate throughout world when persecution is running rampant.
Dietrich Bonhoeffer said it, “Silence in the face of evil is evil itself.”  He was hanged by the Nazis for his “crimes” over 70 years ago.  What has changed? The press was quiet then as the Nazis purged the world of the “hated Jew”.  Most of the main stream media (print and broadcast) has been quiet as theIslamists purge the world of the “hated Christian”.  There are many people in the United States of America, who go to work every day and kill living babies in utero and sell their body parts and have no problem whatsoever doing it because, as the Nazi workers said so many years ago, “it was legal”.

Josef Goebbels was the propaganda minister for Adolf Hitler and made sure the press and broadcast media kept news of the Nazi Final Solution quiet. There existed a Shameful Silence. That Shameful Silence among  many is apparently alive and well in 2015, right here in the USA. Nothing has changed, nothing at all.