I have come to realize that I have changed. I am no longer the same cradle Catholic that espoused the brotherhood of Judaism. I am not the same because the words I was using then were never really heartfelt. I did believe them but I did not understand. Nor did I truly ‘feel” them. How could I?  That all changed five years ago when I discovered my Jewish heritage.
I am a Catholic man. I love my faith and use it frequently as my steadfast companion, always ready to lean on it. Today I find myself actually sickened by the wave of anti-Semitism sweeping our nation and other parts of the world. My own people are being defiled by those consumed by a hatred towards people they do not know.
Our maternal Grandmother was an immigrant from Austria who arrived here as a teenager in 1908. We kids grew up with Grandma living with us and we took her for granted. We gave it no thought as to “where did she come from?” She was just always there.
Those questions would have come after we grew up a bit. But she died first and the questions were never asked. Mom and dad had passed on too so we could not ask them either (you can see that story here  http://amzn.to/1T2soNh ).
The thing is this. There was never any “grandpa”. There was never a mention of him at all.  As we grew older and wiser and became very smart teenagers, we began to question the story behind the missing grandpa. Years went by with no information and the search became virtually non-existent.
But you never know how things will go. Lo and behold, about five years ago I received a message on Facebook (kudos to Facebook) from none other than my long lost cousin, Vicki. She had been on a “quest” and located me. Like dominoes perfectly colliding, my sister and brothers and cousins all reconnected. Now, to the point of this essay. 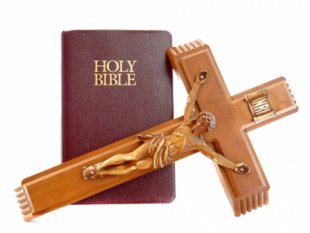 Vicki had been wondering about our missing Grandpa too. She also had a tenaciousness that none of her siblings or cousins possessed. She had plunged into the murky waters of genealogy and found our long, lost grandfather. His name was Isidore Schul and he was a Hebrew man from Krakow. Our maternal grandfather was Jewish. The immigration and naturalization papers all confirm this. He made it to America in 1907.

I have written a number of times how the very first Catholic/Christians were Jewish. Jesus was a Jewish man.  His mom, our sweet Blessed Mother, was Jewish. His step-dad, St. Joseph was Jewish, his apostles were Jewish and many of His followers were Jewish. Many of the first Jewish/Christians were killed for following and proclaiming Jesus Christ. They were martyrs for their new faith.

Understanding my heritage caused my transformation. I now embrace in my own heart the concept of my Jewish connection. The fact is, my maternal grandfather was a Hebrew man from Krakow. He was the only one on his side of OUR family who made it to America.  What we have discovered is that the rest of OUR relatives from his side died in the Holocaust. We have no way of knowing about the fate of our great grandparents, Simon and Regina Schul. Either they died before the death camps began or in one of them.
During the Holocaust supposedly civilized people, both men and women, willingly went about participating in the systematic annihilation of close to 12 million people, including six million Jews. Their leaders wanted to eliminate Judaism from the face of the earth. And the ‘”good” non-Jewish, Aryan citizens did as they were told. They followed “orders”. They almost succeeded in their quest.
I do not understand this hate. I know the anti-Semitism will continue unabated. I know the elimination of Christianity through torture and mass murder in the Middle-East will continue because of hatred. Thomas Merton once said, “If you want to study the social and political history of modern nations, study hell.”
I believe that is true. Satan rules hell. Satan put himself there and his followers plunged right in with him.  When I bring Holy Communion to someone the first prayer I say is, “We come to know and believe that God is Love. And he who abides in love abides in God and God in him.”
We must never forget that Satan is hate. Anyone who chooses to embrace “hate” embraces Satan and Satan him. This war between Good and Evil will continue until the God of Love decides to end it. In the meantime we must fight for the God of Love, no matter what the cost.
SHALOM
©Copyright Larry Peterson 2017 All Rights Reserved