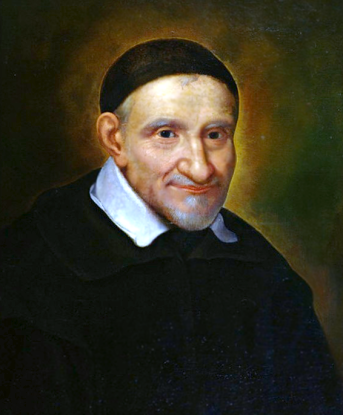 I have been a member of the St. Vincent de Paul Society for twenty-five years. At present I am not active but being part of this organization has allowed me to interact and work with the least and most marginalized of God’s people. My affiliation with the society has allowed me to experience some of the most uplifting moments of my life.

Those who reached out to us were always in dire straits. They had no food, had been evicted, could not pay for life-saving medication, had no water, had no gas or electricity among other necessities of life. There were even those who had no shoes.  Somehow, we always managed to help anyone who came to us. If we did not have the capabilities, we were able to forward them to a place that could.

I mention those things because it all goes back to the example and inspiration displayed by one man; St. Vincent de Paul. On his feast day of September 27, here are a few things you may not have known about this great saint.

“It is not sufficient for me to love God if I do not love my neighbor. I belong to God and to the poor.” –St. Vincent de Paul”