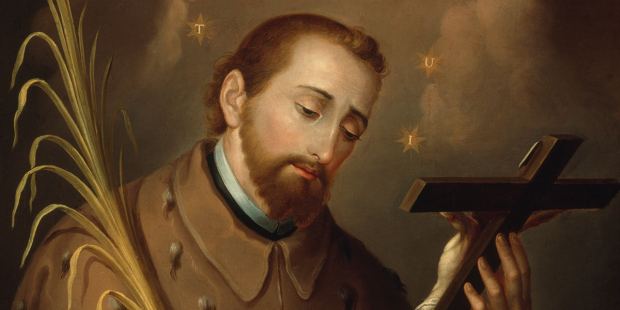 On July 1, 2019, The Vatican issued the Note of the Apostolic Penitentiary about the inviolability of the Sacramental Seal aka the Seal of Confession.

A Sacrament is of God—not man. “the sacramental seal is inviolable; therefore, it is a crime for a confessor in any way to betray a penitent by word or in any other manner or for any reason.”  CCC 2490

Part 2 in the Series; Give us Silence or Give us Death; Saint John of  Nepomuk aka John Nepomucene

John of Nepomuk (also known as John Nepomucene) was born sometime during the spring of 1345 in a place called Nepomuk in Bohemia  (Czech Republic). Not much is known about his parents or his early life, but it is known that he attended Charles University in Prague and then continued his studies at the University of Padua. John was ordained to the priesthood in 1373.

Father John continued his studies at Padua and in 1387, earned s doctorate in canon law. His credentials helped advance his career and soon after he was named Vicar-General for the Archdiocese of Prague. Unfortunately for Father John,  this was during the period of the Great Schism, and his sentiments were opposite those of the ruthless King Wenceslas IV. The King supported the Pope in Avignon. The Archbishop was loyal to the Pope in Rome.

It followed that as Vicar-General,  John followed his church and archbishop.  King Wenceslas IV and the Archbishop were in a power struggle over the creation of a new cathedral. The King wanted the Abbey turned into a cathedral and ordered that no new abbot could be appointed once the present abbot died.

Rarek the Abbot died in 1393.  However, the monks of the abbey decided to avoid the King’s order and quickly nominated a successor, named Odelenus. It was the Vicar-General, John Nepomucene,  who confirmed the new abbot, not the archbishop. King Wenceslas was furious and had Father John arrested and taken to the Prague Castle to be tortured.

The truth was King Wenceslas  had a ‘hidden agenda.’  Father John was the Queen’s confessor and her husband had become suspicious that she was unfaithful to him. He was obsessing more and more about this and decided he would get the information he wanted from John. King Wenceslas chose to torture the priest himself. He was determined to ‘do it effectively.”

Wenceslas tortured Father John with fire. He burned his sides and committed awful acts against the man, demanding he tell him what his wife had confessed to him. The King’s cruelty was to no avail because even though John was forced to endure incredible pain, he held fast to his resolve and never said anything.

King Wenceslas finally gave up and had John sign an oath of secrecy about his treatment. Then the priest was released. But he was already dying from the brutal treatment he had received, and the King did not want anyone to see the condition he was in. After all, he was the Vicar-General and second in rank to the Archbishop. The King reneged on the oath of secrecy and had John arrested again. This time they gagged him, tied him, and brought him to the Charles Bridge that crosses the Vltava River. In the darkness of the night, they tossed him from the bridge and into the water below, where he drowned. The date was March 20, 1393.

John’s body was recovered from the Vtala River and buried in St. Vitus Cathedral. The Archbishop of Prague, Jan of Jenstejn, hurried to Rome traveling with the new abbey of Kladruby. He began referring to John Napomucene as “the holy martyr.” Several years later, miracles began being reported that were attributed to him. It is also said that five stars appeared where John’s body entered the water. To this day, a cross marks the spot where John was thrown to his death, and statues and pictures of John usually display five stars surrounding his head.

There was controversy surrounding the reasons for John’s execution. Some had said that it was strictly because of his going against the King’s wishes by anointing the new abbot. Others said it was because of being the Queen’s confessor and not revealing what she confessed to him. Much research was done, and many writings read and analyzed. The church decided that he was killed because of refusing to break the Sacred Seal of the Confessional.  CCC 2490

John Napomucene was canonized a saint by on March 19, 1729, by Pope Benedict XIII. He is the Proto-Martyr of the Seal of the Confessional and the Patron Saint of the Seal of Confession. Some consider him the patron of confessors, but that title belongs primarily to St. Alphonsus Liguori.