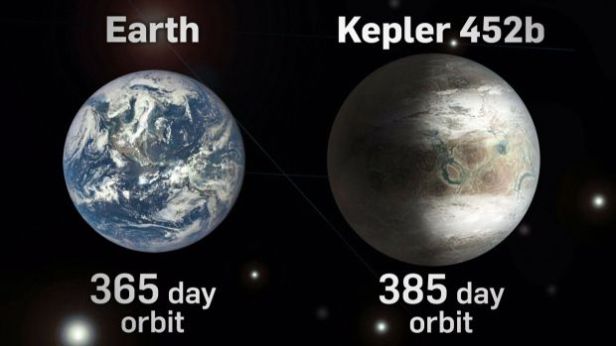 I write of this because I am in awe of the perfection involved in the entire process, and also in the fact that we have people among us who are smart enough to understand this process and are able to predict precisely when different phenomena will occur.

Every few years, the moon’s orbit follows an invisible path that allows it to pass directly in front of the sun. The sun’s faint corona,  a halo of plasma that surrounds it, is thus revealed. This phenomenon is known as a Total Solar Eclipse. To witness this occurrence, you must be within the moons “umbral shadow” as it sweeps across the planet. This shadow is known as the Path of Totality.

Back in 2006, NASA’s New Horizon spacecraft left our humble, little planet and began its voyage to the edges of our solar system and beyond. After traveling three billion-plus miles, New Horizon finally passed Pluto, the furthest planet from our sun. I don’t know about you, but I find it so humbling and awe-inspiring that we human beings, using the perfection that surrounds us, can manage to find a planet that is so far away. Yet, within our universe, it would be as close as a neighbor down the street.

Let’s move past Pluto. NASA’s Kepler Space Telescope, launched in 2009, found a possible ‘exoplanet,’ located worlds beyond our puny solar system. This exoplanet could be similar to our hometown, Earth.  Hello sister planet, Kepler 452b.  The Kepler Telescope has identified close to 5000 exoplanets since it started scanning the deepest parts of space. But this is the first one that could be just like Earth.

How can we possibly know how to measure distance and location and density and climate relating to places that are so unimaginably far away? The speed of light is 186,000 miles per second. Who figured that out? How do you measure the speed of light? Assuming the number is correct, that means in one minute, light travels 11+ million miles. That would be almost 16 billion miles in one day. Multiply that number by four and a half years. Do you see where I’m going with this? The light from our sun takes eight minutes to reach Earth. Yet Kepler 452b is more than a thousand “light years” away, and our scientists know it revolves around its sun in 385 days vs. our 365 days. WHEW!

What about Earth? How much of what Earth does do we take for granted? Well, here is one thing it does that we never think about, but without its never-ending accuracy, we would have chaos. There are 24 hours in a day. There is  NEVER any other time within one day, NEVER.  Imagine if there were?  Nothing could ever be scheduled. Chaos would ensue. Life would be unmanageable and ordered life, as we know it, could never survive. So how did we get 24 hours in a day? I can promise you—it was NOT an accident.

What about explosions? (Please bear with me–I do intend to make a point.) Explosions are destructive and, for the most part, maim, kill, and destroy. (Think of Iraq, Afghanistan and Oklahoma City)? We can go back 75 years and remember that on August 6, 1945, the atomic bomb blew the Japanese city of Hiroshima to smithereens. It also killed about 80,000 people. It follows that if I set a bomb off in my car, the chances of the result being a nicer car are–well, ZERO.

So now–to the point.  The Big Bang Theory of Creation has become the favored explanation of how our seemingly infinite universe came into existence. Scientists do agree that the universe did have a beginning.  They also know that the universe is expanding and changing and dying, just like we do.  To the question: At the moment of creation, did an incredible explosion took place or was it a giant balloon expanding and expanding until it “popped” spewing matter outwards? Maybe everything was just put in place, piece by piece, like a puzzle. Whatever occurred, it all had to be controlled and managed. How could that be? It could be if  Someone with intelligence planned it. There can logically be no other explanation.

Random explosions do not and cannot result in perfection. Twenty-four hours in a day is perfect for us imperfect species to depend on, including the animals.  It is a contradiction to believe otherwise. We can predict the rising and setting of the sun to the second, the new and full moons to the minute. We know when the tides rise and fall and can predict their lowest and highest points and the exact time they will occur. We know when an eclipse, whether solar or lunar will happen and where. We have learned how to use the world around us to maintain our very existence. Sometimes we are implicit in its destruction.

Does it not logically follow that because the universe is so vast and expansive (and infinite) and all of it is moving and changing within a perfectly ordered system proves someone bigger and smarter than any of us put this in place. We cannot understand this. But our ability to reason tells us it must be so. The word that follows that is called FAITH.

A chaotic, random explosion eons ago could not have given us the monarch butterfly, music, or the magnificence of a setting sun.  Perfection does not come from chaos. Perfection can only come from someone who is PERFECT. I know who that  Person is even though  I cannot see HIM or touch HIM. All I have to do is hold a blooming rose, see a full moon,  a rainbow, .or hear the cry of a newborn baby. Did you ever ponder the magic of one snowflake? Millions of them fall together, yet each is unique in its shape and form, one of a kind, just like people who look the same but are uniquely different.

Maybe Dr. Seuss nailed it in his famous book, “Horton Hears a Who.” Maybe our planet Earth is no more significant than Horton’s, “Whoville.” Perhaps we are specks on the end of a ball of dust. Is it possible we are not as big and as smart as we think we are? We had to have an intelligent, all-knowing Creator. It is common sense.

It is ultimately all in HIS hands.  I am also sure HE subscribes to the famous sentence in Dr. Seuss’s book, “a person a person no matter how small.” Maybe those very “smart” people who reject what must be so, need to breathe in a deep dose of humility and realize that this all did not just happen as the result of some random explosion or expansion. It is illogical and believing that defies commons sense and reason. It is the ultimate case of “denial.